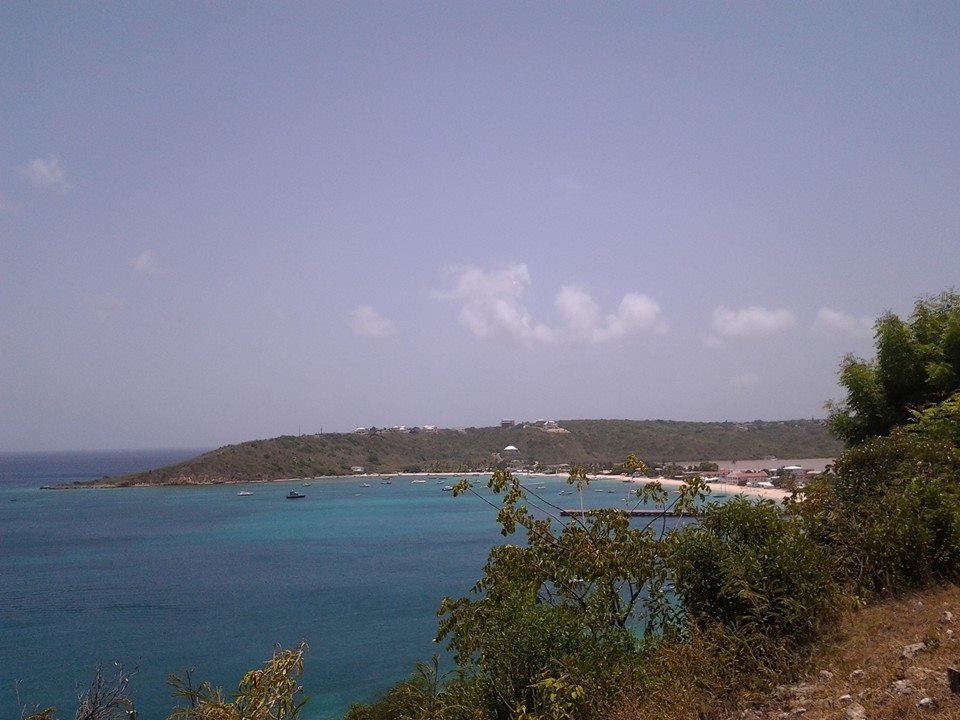 I just arrived at the Arawak Beach Inn, a little beach house past Island Harbor, to work because it was on the list of places with reasonable food prices. Sadly, they charge for internet so I am debating if it’s worth it for me to work here. It could be good practise for discipline in actually getting some work done without the distraction of the internet. Hmm…

A group of delivery men were in here when I arrived and I just knew I was going to hear it from them. I’ve been very wary of the island men lately because of something that happened last week.  There were three of them and they each had something to say. “Good afternoon. Eh you fresh meat around these parts.” “I aint never seen you here befo.” “What you doing here?” They surrounded me on all sides. Two took the bar stools closest to me and one stood. I tried to ignore their comments and focused on perusing the menu. When they realized I wasn’t about to make small talk, they talked real loud to the manager trying to get my attention. I waited it out. Eventually they left, each of them taking turns to wave while leering, the last one saying: “buh bye baby.” I so wanted to retort with “I aint your baby” but it didn’t seem worth my effort. I exhibited a half-ass wave and he left giving me some serious side-eye and probably cussing at me in his head for being so snobby. From now on, I think I’m choosing snobby.

I wrote a piece for AdventureFrom about the incident that happened last week in which a local who sold himself as a restaurant owner, U.S.-educated, English teacher, chef, the list of attributes go on, asked me out for drinks and in the end wanted sex. I got away with compromising on a hand job for him. In the moment, all I could think of was my safety and what the least possible action would be to get him to drop me at home unharmed. Needless to say, this has left a bad taste in my mouth about the men here. I know generalizing is definitely against the way I operate, but I can’t help it. The crassness of their interactions, the crude way they choose to address me and my various body parts, and their anger when I don’t respond is getting to me. It’s reduced the carefree attitude I’ve been living with since I arrived two weeks ago. It’s hard to write about the jolly side of this vacation when I have this incident sitting at the back of my head. It helped to churn some of that anger and disgust out for the Adventures blog, but it keeps coming back to me.

I’ve also been having a bit of a rough time adjusting to the effects of the Abilify which I have slowly introduced back into my regimen. It’s difficult to feel sad and depressed when surrounded by such beauty, but it is happening. I can’t explain this to anyone here because mental illness only presents as the woman on the street corner who begs for rides to another island, convinced that you can drive to the next island over (they told me the story of the local “madwoman”). I called my therapist yesterday and talked for a few minutes. I think that perhaps the combination of meds is not helping or perhaps it’s just about the times I’m taking it or perhaps it’s not for me period. I don’t know. I just have to play with it until I find the balance. Or it might end up that Abilify is not for me after all. In any case, I’ve been holding out on you because to say I’m down in such an idyllic location seems like I’m just ungrateful. But this is the reality of the illness. I’m sure this incident doesn’t help either.

My Bay Area friends left yesterday and I went to take an hour long walk on the beach because I needed to clear my head. When I deal with separation, no matter how long I’ve known people, I usually don’t return home right away, I go do something fun. The way the water changed from the deep aquamarines to the emerald green to the seafoam just soothed my heart. While I walked I pondered the downside of being a solo traveler and to top it off being female. It sucked to have had to stay on the parts of the beach where there are a good number of people hanging out even though I was itching to explore the cliffs on the south side of the island.

I’ve been told on several occasions that my family won’t recognise me when I return because of how black I’ve gotten. I’ve remarked this as well. My tan is very significant and it shows most at the junction of my limbs and at my writs which are adorned with about 20 strings of beads. Under these beads is the brown that I was most of the winter in the Berkshires. Surrounding the beads is my tan since arriving here two weeks ago. Every now and then it bothers me slightly that I have gotten so “dark.” I didn’t realize that I was still obsessed with color until I was looking at my thighs in April, back in the Berks, and thinking: “wow this winter was good for my skin color!” I was so light! It’s interesting because I have resolved the issue of being dark-skinned Black, but somehow these moments still creep up on me. Of course it won’t stop me from going and laying on the beach for hours. It’s just something of note.

I’ve been wanting to do a gallery of photos of the island but more specifically of the random goats and cattle that just seem to show up everywhere. Sometimes right as you come around a bend, you have to depress your breaks very hard because lo and behold there are…GOATS!! They just strut across the street daring you to cross their path. There is a resident cow at the airport, usually just chilling by the road-side and yesterday I managed to get a picture after stopping to say hi. I haven’t seen other domesticated animals as much as I see goats and cows. I’ll keep looking.

So two weeks down and 5 to go! I think I’ve just felt a tad bit dampened by the incident but I am continuing to explore the island and I am careful to get back in my car whenever I feel unsafe. I just wish it weren’t this way.

One thought on “Two Weeks In”