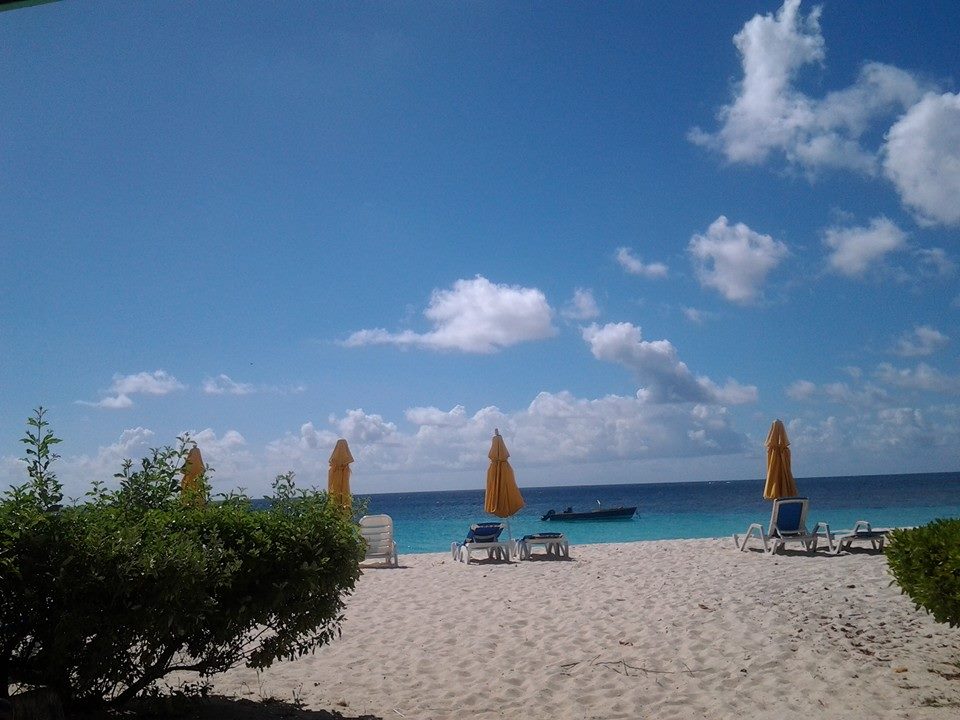 Paint the Beach in Aquamarine and Coral (Day 3)

I walked in with some trepidation because I was waiting for someone to ask me for my room key at any moment–to out me as a mere local posing. But on the contrary, everyone said hello and some asked how I was today. I gained more confidence as I strode down the cool hallway heading to the end. I knew the sea awaited me but I had no idea how amazing it would be. The Infinity Pool flanked the north side of the resort and gave the illusion that swimmers were flowing right into the sea from this elevated place. Cabanas were set out all over the west end with lots of chaises. Several tourists were attempting to brown themselves. Speaking of browning, I’ve gotten so brown, it’s not even funny. When I push up my 20 strings of bracelets, I see the Berkshire brown. It’s such a stark contrast.

In any case, so I reached the end of the hallway and was met with a 300-degree view of the West End of Anguilla. Wow. Breathtaking doesn’t begin to cut it. I’m glad I discovered this place. I know I will be back. I am almost positive I can’t afford much on the menu here but so long as no one harrasses me for just sitting, I think I’ll return often. I’ll post pictures soon.

So guess who had VIP tickets to the first ever Anguilla Music Awards last night?! Yep! Me! It was a last minute invite that stated: “dress code: elegantly casual” so I quickly dragged on a pair of white linen pants and a silk tank top I like and headed out thinking that ought to be right smack in the middle of casual and dressy. When I arrived, I felt silly for not having followed my initial instincts. There was a red carpet. There were long gowns and high heels. There were also some not-so-tasteful wardrobe choices which immediately became moments of embarassment when the  beach breezes came through. As usual though, 90% of the men were less than casual. It never fails. Men are usually underdressed. The artists who performed were on average, good. There was reggae, calypso, soca, gospel and some rap. They honored the ones who had paved the way for music in Anguilla. Anguilla is celebrating 40 years of Carnival this year so there is a lot of hype in the music world. I was introduced to Bankie Banxx and his son Omari, who took home quite a number of awards, Daniella The Lioness Richardson, and Roxanne Roxxy Webster. I knew that it was only a while before some of these artists blew up on the world music scene so I appreciated the opportunity to see them to to say: “I knew them when…” Overall, it was a lovely night and I enjoyed my time. There wasn’t much dancing happening tho.

Today, I helped my friend clean her house and then watched her grill lobsters for lunch. This is The Life!